These days, there is an increasing use of single page applications (SPA), progressive web apps (PWA), Electron-based desktop apps and React-Native mobile apps. But why? 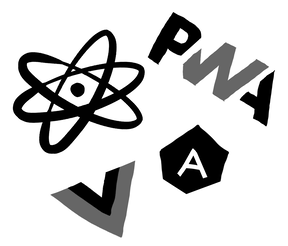 The reasons are simple and justifiable.

But that doesn't mean everything is good in terms of developer experience and the challenges faced while building such apps.

There are very popular frontend frameworks such as React.js, Vue.js, Angular.js etc. that allow building SPAs, PWAs and desktop apps (using Electron) very easily. React-Native helps building mobile apps with the same ease. Each of these frameworks or technologies offer features to build and render the app views with less hassle, support dynamic routing, and also, support managing the app's state at some extent.

Since the old-school way of reloading the whole page to refresh the app's state doesn't make any sense now, the app has to store and manage the state locally and keep it in sync with the backend. Some developers try to keep the state centralized, while some keep it distributed within the app components. 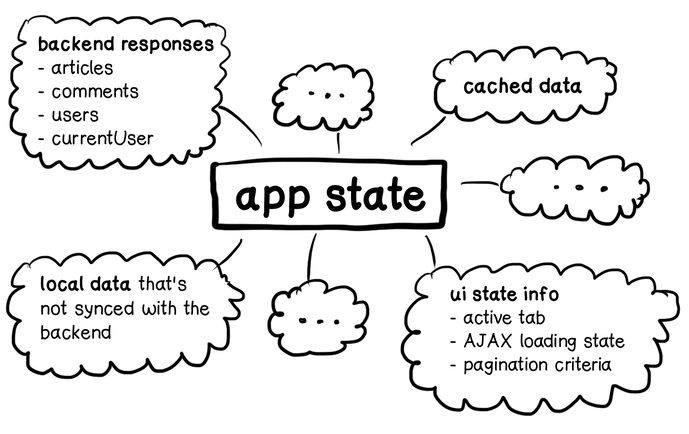 Complex user interfaces may depend on the data that sometimes is common. So by fetching the same data over again to render some other parts of the app can often lead to bad user experience and unnecessary processing on the backend. But sharing such a common data across the app1 can be very challenging since it needs to be constantly cached, invalidated and updated.

The state can consist of many things and not just these —

There are so many options available to manage such a complex app state conveniently. Among which, Redux is the most popular, community-driven state management library.

Redux is a standalone, tiny JavaScript library. That means it can be used in any JavaScript project and it also works very nicely with the popular frameworks such as React.js, Vue.js, Angular.js, etc.

Redux inherits a lot of ideas from the functional programming paradigm. It recommends writing pure, side-effects free and immutable code. But JavaScript isn't a pure functional programming language and doesn't restrict us from writing mutable code. That's why Redux abstracts a lot of things for interacting with the state and hides them from the developers to provide a highly predictable behaviour.

Because of the predictable (deterministic) behaviour, it is trivial for Redux to support features like undo-redo and time-travel debugging2. 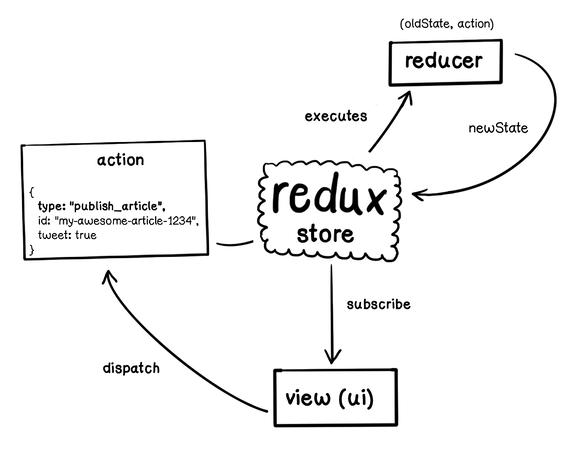 The whole application state is stored in a single plain JavaScript object. This object is called as Redux store. The object can have nested information. It is recommended to put only those values in the Redux store which are JSON-serializable. Because the state is centralized, it can be easily fed with an initial data while server-rendering the app.

We can access the state in read-only mode. That means, we cannot mutate the state directly. To change the state, Redux needs us to dispatch actions. Actions are just plain JavaScript objects that describe the intent. Redux applies all such actions on the centralized store one-by-one to avoid any race conditions.

So we now know a bit about Redux store, actions and the reducer. But how does these things work together? 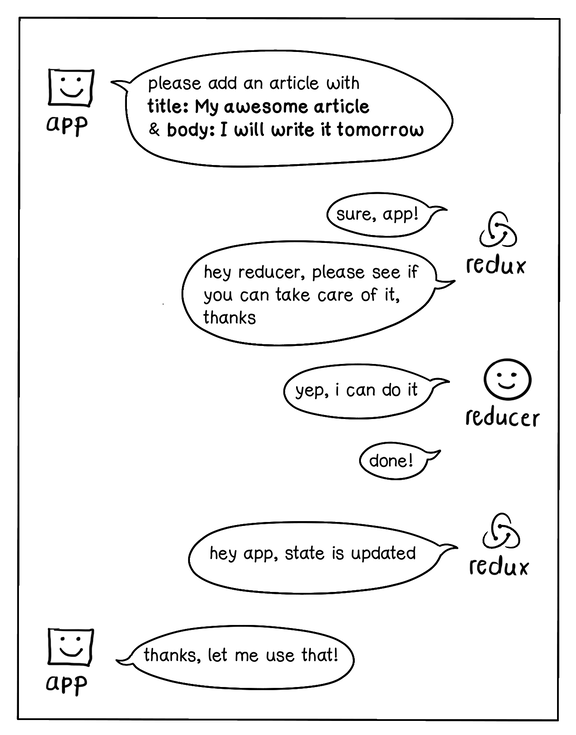 We can create the Redux store but we need to specify a reducer to do that. So let's create a reducer first.

Reducer is a simple function that takes the old state and an action as arguments and returns a new state. It implements how an action (having mandatory field type) transforms the old state into a new one. If the reducer cannot recognize the given action, it must return the previous state as is.

Look at the number of cases in that switch-case expression. That list can just keep increasing. Can we make it better?

Of course, we can!

We split the myAppReducer into smaller reducers that deal with transforming only certain parts of the overall state. We can extract those split reducers into their own files if we want to.

Since, splitting and combining reducers is a very common practice, there's combineReducers higher order function4 that simplifies the process of combining the multiple reducers into a single reducer.

Because we now have a reducer function, let's go and create the store.

Creating the Redux store is straightforward.

An action is a plain JavaScript object that mandatorily has a type property that indicates "what it does". There could be or could not be additional properties in this object apart from the type property.

Here are some example actions.

To change the Redux state, we need to dispatch an action.

The Redux store object that we defined above has the dispatch() method. We must use it to dispatch an action.

This can be okay in smaller apps. But in large codebases, writing down that whole action structure by hand can be tricky and error-prone, and would require changing all the occurences in the codebase when its structure changes.

To simplify, we abstract this logic into an action creator.

An action creator is a function that creates an action. That's it.

And this is how we can dispatch an action now by using an action creator.

So far, we have been discussing the actions which are synchronous in nature. The state gets updated immediately when a synchronous action is dispatched. But the world is cruel. Not all actions happen instantly. They happen after some delay and often involve performing some side effects. Some common examples of asynchronous actions are — making an HTTP/AJAX request, generating a random number, manipulating DOM, interacting with LocalStorage, etc.

We want to fetch the articles from our backend API. To do so, we simply CANNOT update the store immediately with the latest articles from the backend by just dispatching a single FETCH_ARTICLES action. We must make an HTTP call to our backend to fetch the articles and then based on the asynchronous outcome, update the store accordingly. This whole operation would consist of following actions.

We can dispatch these various actions ourselves but that can be tedious. To make it easy, there are some Redux middlewares5 available. Redux Thunk, Redux Saga, Redux Observable are some popular ones among them. Redux Thunk is a standard way to deal with the async actions. Other middlewares can be used to tackle more advanced scenarios.

This is how our async action creator would look like.

The logic to create the Redux store needs to be updated a bit when we use a middleware like Redux Thunk.

We can manually fetch the current state using getState() method on the store object.

But how to automatically get notified whenever the store gets updated due to some action?

For that, we need to subscribe() to the store.

Subscribing to the store updates to stay in sync

Whenever store is updated after the reducer returns a new state because of a dispatched action, Redux invokes all the listeners previously registered using store.subscribe(listenerFunction) method.

Note that the listener function doesn't receive any information. So if we want, we have to call store.getState() method to fetch the updated state within that listener.

Keeping UI in sync with the state by ourselves can be challenging. To make our life easier, Redux officially provides binding for React.

With the help of official react-redux package, using Redux in a React app then becomes very easy.

The main React component needs to be enclosed within the &LTProvider /> React Redux component that makes the Redux store available to the whole React app.

As we can see, thanks to React Redux — we don't have to worry about manually subscribing/unsubscribing to the store!

Now onwards, to connect any React component7 to the Redux store, we use connect() helper function.

If this argument is NOT specified, the connected component receives the Redux store's dispatch function as a prop. We specify this argument as a function to receive the needed action creator functions as props in the connected component so that we can call props.fetchArticles() directly instead of calling props.dispatch(fetchArticles()) to dispatch an action.

Finally, one last question that many of us may have to answer often.

When to use Redux and what goes inside it?

Many applications may NOT need Redux at all. But if we discover that we are writing so much repetitive and low-level code to manage the app's state by-hand — and we are finding it hard to extend, manage and debug that custom state management logic then Redux is definitely a recommended option to roll in.

But Redux doesn't care or ditctate about what data we store in it and how we store it. We need to make that call. This is a good thing but that often makes it confusing for us to decide what to store and what not to store in Redux. Storing things like form state could hit Redux store on every key stroke.Imagine that — hitting the Redux store on every keypress! That could hamper the app's performance a lot. Therefore, we should NOT be putting everything in the Redux store. Instead, we must find out the data that other parts of application care about or the data that drives multiple components. Such a shared data can be stored inside Redux. But that's just an opinion. Everyone's situation is different. So we must study our application carefully and ensure that we are not over-using Redux or making its usage unnecessarily complex.

We didn't cover many other important and advanced topics such as server rendering, caching, state selectors, normalizing data, and many more. But we know that they can be explored as per our needs.

Hopefully, Redux should be making a little bit of sense to you.

That's it for now, folks. Until then, happy Reduxing!

In this article, an app or an application basically means the frontend part of a web application.

The Redux time-travel debugger can help triage and fix bugs in the development environment. It can be injected as a middleware so it can record every change occurring in the app's state sequentially. With the Redux DevTools addon, one can easily replay or rewind those recorded changes back and forth and let us see how the app state tree got modified at each step. There's a small tutorial posted by Wes Bos on YouTube in 2016 showing Redux DevTools in action. It's pretty old and it has changed a lot but should help you understand what Redux is capable of doing.

A pure function always returns the same value every time when called with the same arguments. Also, it doesn't depend on any external dependencies or any external variables and it doesn't have any effect on the rest of the program.

Redux middleware is an extension that gets injected at a point between dispatching an action, and the moment it reaches the reducer. Read more here.

Thunk is a function that's lazily evaluated only when it is needed.

which is a child of our main App component